Every day there's a new set of exercises for different parts of the body.

At the beginning of the week you'll receive a questionnaire, which will inform us about your physical health and condition.

Exercising at the workplace increases your tone and reduces the pain, caused by the forced poses we take.

Human body is not designed to be a still structure. Human physiology and the locomotor system in particular are highly dependent of movement in order to function properly. One of the most notable evidence of that statement are joints - the articular cartilage has no blood vessels and cartilage tissue's nutrition relies on a viscous liquid called synovia. Production and secretion of synovia happens only when joint is in regular alternation between load and rest. The problem behind modern computer workstation is that one is forced to spend long periods of time immobile, brainstorming on a project. In order to keep a certain position for a long time and pay attention to something, our neck, back and legs muscles have to be in contraction all the time, meaning that they not only are not relaxing thus preventing proper blood circulation, but also they put significant amount of pressure on the bones where they are attached and that pressure is on the top of the gravitational pull. This has a detrimential effect on joints. Slouching posture compresses the lungs and reduces their gas exchange capacity, while the brain needs so much oxygen to function. Seated position is destructive for the spine. The intervertebral disks are squeezed because of the leverage mechanism which smashes the facet joints and their joint capsules and these structures are now pain producing entities. Body is trying to limit that process by increasing the tone of the spine muscles which are additionally toned up by a defensive mechanism trigerred by the already existing pain. This becomes a second pain producing entity, initiating a vicious circle. 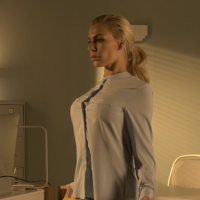 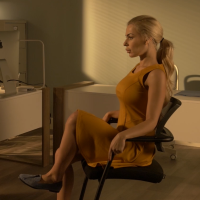 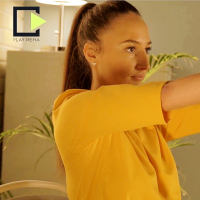 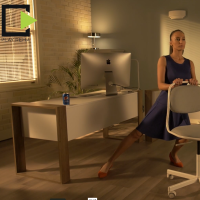 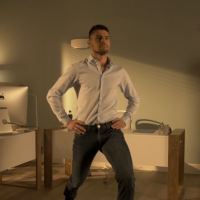 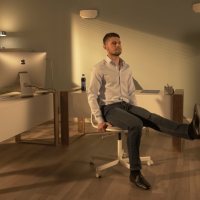 Office exercises for the knee joint 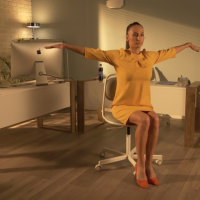